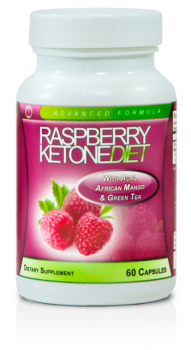 Raspberry Ketone by Avidia Natural Products has been professionally formulated by our team of chemists to contain the highest concentration of pure raspberry ketone extract available on the market. Raspberry Ketone (RK) is a powerful aromatic compound extracted from fresh red raspberries (Rubus idaeus). The structure of RK is similar to the structures of synephrine and capsaicin, other powerful fat loss agents. These compounds have been shown to exert fat loss actions and alter the pathways of lipid metabolism. In addition to proper diet and exercise, supplementing with pure raspberry ketone extract like the premium form found in our product can help you rapidly lose excess body fat while preserving and even toning lean muscle. Don't be fooled by other imitator brands selling Raspberry Ketone, Avidia Natural Products is simply the purest and most effective product on the market.

What Exactly Are Pure Raspberry Ketones and How Do They Help You Lose Weight?

Raspberry Ketones are aromatic compounds found naturally in red raspberries. They are responsible for the distinct smell of raspberries and have a very similar structure to capsaicin, another thermogenic compound found in chili peppers. Although the chemical structures resemble each other, Raspberry Ketones work quite differently than capsaicin does to burn excess body fat.

Raspberry Ketones target body fat all over the body by triggering hormone-sensitive lipase (HSL) within individual fat cells. HSL is ahealthy enzyme that literally breaks apart fat molecules into smaller fatty acids that can be easily transported out of the fat cells and into the blood stream where they can be metabolized by the body as energy. The best part is that this process is the rate-limiting factor in fat metabolism. Therefore, Raspberry Ketone Supplements can double and even triple the rate at which body fat is mobilized and oxidized in the body when compared against a placebo group.

A lot of dietary supplements these days are claiming they are the "miracle supplement" that can be the end all and be all of all your fat burning woes. While most of these supplements to promote the loss of fat in the body don't quite clear the grade, pure Raspberry Ketones, on the other hand, prove to be quite the "miracle dietary supplement" recently featured on the very popular TV show Dr. Oz. Raspberry Ketones are the natural compounds that give red raspberries their unique aroma. People reading this might wonder how can you lose weight with these simple compounds, and the answer is quite simple - it all derives its power through its metabolic encouraging properties. Studies show an individual can lose weight by taking pure Raspberry Ketones as a dietary supplement through the following principles:

It accelerates metabolism. If you know something about fat loss, then you must be familiar with the term "metabolism". While there may be varying reports, metabolism still remains a key factor in fat loss because an increased metabolism actually helps the body burn fat effectively. While there are many different ways to induce the increase in metabolic rate, taking the dietary supplement is one of the few ways to ensure this

It increases fat burning. The capabilities of the health supplement to increase the fat burning capabilities of the body resulted in it being touted as the "most important discovery today because of its miraculous fat burning properties". This actually works by making your body efficient in breaking the fat cells in the body and converting them to energy, and as well all know, stored fat is or number one enemy when it comes to weight loss

The ingestion of berries actually have been proven to be beneficial for weight control, because aside from their natural minerals and vitamins, they actually help curb the appetite, increasing the possibility of effective caloric deficit. Although it can be said that an individual needs to ingest a total of 90 raspberries to effectively ingest the necessary levels of pure raspberry ketones, it will only take 100 mg daily to experience the benefits of the supplement to allows weight loss and a healthier body.

As you may have seen on TV, Raspberry Ketones were featured on the Dr. Oz show and touted as a miracle fat burner by both Dr. Oz and his guest medical advisor/nutritionist. Dr. Oz showcases Raspberry Ketones as being a very healthy supplement with no reported adverse side effects that is an effective fat burner for all four talked about body types. His show highlights how Raspberry Ketones Supplements can help burn fat all over the body as well as targeted areas like thighs and buttocks, lower back and abdominal regions.

Dr. Oz then goes on to explain how Raspberry Ketones work by triggering reactions with the hormone adiponectin. Adiponectin is a key hormone that regulates fat metabolism as well as glucose levels in the body as well as helps burn fat by "tricking" the body into thinking it's thin. This up-regulates metabolism and causes your body to burn more calories than it was previously consuming. When people gain weight, adiponectin levels decline and body fat accumulates. Raspberry Ketones help increase adiponectin levels resulting in an increase in thermogenesis and the amount of stored body fat burned as energy.

When Taking Pure Raspberry Ketones, How Much Should I Take?

Many professionals recommend starting with 125-250mg of Raspberry Ketones in the morning with a second dose of the same amount in the early afternoon. Although Raspberry Ketones do not contain caffeine, they are not recommended for evening consumption because of their ability to stoke metabolism and excite the central nervous system to a certain degree.

Advanced users are advised to up their Raspberry Ketone intake to around 250-500mg per serving, which can be taken up to 3 times per day, typically in the early morning, late morning and early afternoon at or around meals. Always consult a healthcare professional or your physician before starting any new dietary supplement regimen.

Are There Any Known Side Effects From Supplementing With Raspberry Ketones?

What Research Supports the Effectiveness of Raspberry Ketone Supplements?

There are multiple research studies supporting the effectiveness of raspberry ketones. Most clinical studies show that users observe maximum weight loss results in a period of 2-3 months with some as soon as 2-3 weeks. Although not reported in any research studies, many product reviews show customers seeing results in as little as 5-7 days. Research verifies that raspberry ketones work and work effectively when combined with an appropriate reduction in calories and moderate physical exercise. Don't expect to take raspberry ketones, sit back on the couch and pop open bags of potato chips while the fat melts. When taking raspberry ketones you'll need to take your diet and exercise plan very seriously. Raspberry ketone supplements should not be used to replace a healthy diet and exercise routine, they should be used to enhance an already effective routine.